Greek and English menus and subtitles are available in the dvd, for all films.

If you want to purchase a copy, you need to contact us at sffratedathens.cfo(at)gmail.com, and we will see what we can do for you.

A film from the Basque Country that dares to say openly what we all may be whispering obliquely. Short Surpeme – Audience Award 2010. 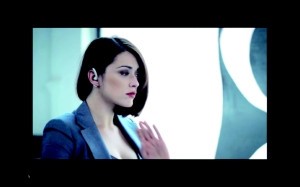 If there is guidance for everything, what remains of human independence?

We’d rather not think about it, but as Creators we may be so good that our creations will outlive us…

Is there any difference between a child and a clone?

A charming fusion of Film Noire and Science Fiction.

In order to face your fear, you first have to materialize it.

Not in front of the servants, dear! But tomorrow’s servants don’t get fired – they are launched to space.

When one person’s sacrifice saves many, arithmetic prevails over ethics.

The lost invention of a forgotten scientist … besides, who cares to see what really happened in the past?

A couple’s car breaks down in the middle of nowhere. Looking for help, they enter an abandoned building and fall in the hands of a gang. Bullets get fired – again, and again, and again… Short Supreme – Audience Award 2011.

A man frenzied, naked, barefoot, covered with dirt is running through a forest. Who is hunting him and why? Why don’t we see their faces? The truth was never so raw – and so dressed up. Βest Idea – Audience Award 2011.

The year is 2147: Iceland looks like Arizona. The seas have evaporated, the clouds have disappeared, water is the planet’s most valuable resource. Based on a comic by Tomaz Lavric.

When Lea’s car breaks down, she finds herself alone in the wilderness. There’s no signal on her mobile phone. She starts to walk and is soon attacked by a monster. Is there anything more horrible, or more amusing that can happen to her? 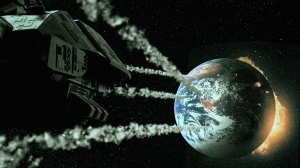 In the year 2103 humankind is in war with the Tarceds, an alien race that can control human thoughts. In every human military base, supervisors check whether the Rules of Engagement are kept. Because if you face an alien up close, the game is lost. 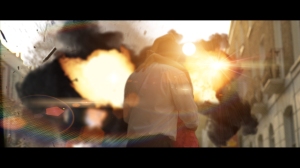 A day from the life of a couple: they have a fight, vases break, rings are returned, doors are slammed, spaceships invade the planet, robots roam the streets and murder passers-by. Everyday events, really. Hothersall’s previous film, “The Omnicide 8000”, is included in our previous SFF-rated DVD 2006-2009. 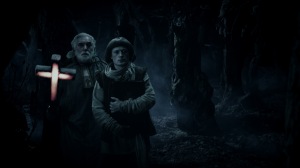 In the very heart of western Europe, on the shores between the Netherlands and Denmark, the monk Gregorius follows the bishop Bonifatius who heads to Frisia in order to evangelize the pagans. They come face-to-face with Odin’s holy Oak Tree – and a conflict of epic proportions follows.
—

Present time: 2209. Target-time: 2009. Today is a wretched world full of ruins and debris; Then is a heavenly world of green fields and affluence. A young man teaches a little girl how to steal objects from the past – as long as there are no living people around…

In 1453 the Earth was flat and was situated at the center of the Universe. The Sun, the Moon and the Planets orbited around it – and, at the end of the outward journey, one would come to the Firmament, where the Stars were … firmly fixed. Three Europeans dare to make the journey – but they are not alone.